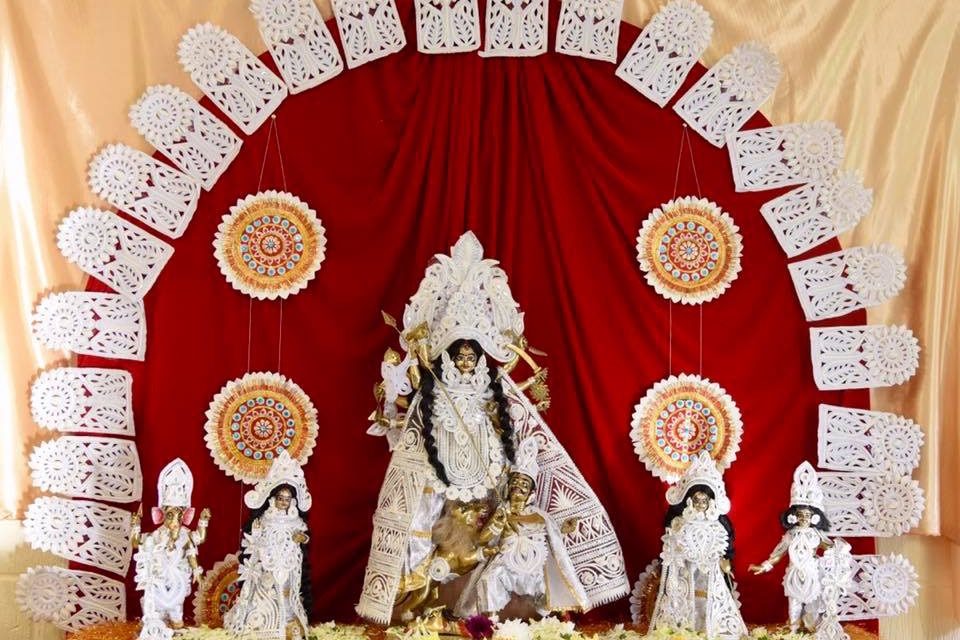 Basingstoke Durga puja dates back to 2006 and has been celebrated every year since then. It is celebrated with utmost devotion by a small group of Indians mostly from Bengal, Bihar, and Tripura living in and around Basingstoke, Reading.

On 13th October 2018, Saturday, the festival began at 11 am with a prayer to Goddess Durga and her four children – Saraswati (Goddess of Knowledge), Lakshmi (Goddess of Wealth), Ganesh (God of Intellect, Wisdom, new beginnings) and Kartik (God of War, Valour). After the prayers, lunch was served to all visitors. The Evening prayers to the Goddess and her children were performed. This was followed by a cultural event, that included song , dance, guitar, keyboard performances by kids and adults alike. Dinner was then served to all visitors. Day 1 finished at 22:00 BST.

On Day 2, 14th October 2018, Sunday, morning prayers were offered to the Goddess and her children which was followed by the age old ritual of ‘Sindoor Khela’. As part of this ritual, women smear each other with Sindoor (Vermilion) on the last day of the Durga Puja, as part of the Bengali Hindu tradition. This was followed by a drama “Maa Kali Boarding” presented by members of BICA and was a laugh riot.The audience enjoyed the performance very much which was evident from their reaction.

Lunch followed for all visitors. Then it was time to wrap up and say bye to Mother Durga and her children beginning the wait for another year for their return!

About 250-300 people attended the event over these 2 days and people came from places as far as Glasgow, Cambridge, Kent and Manchester. 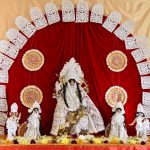 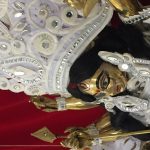 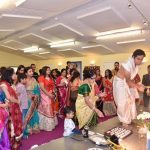 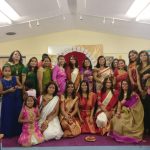 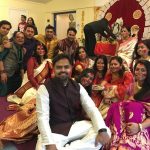 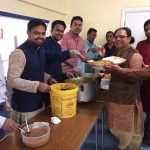 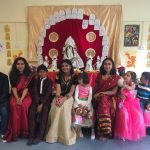 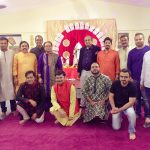 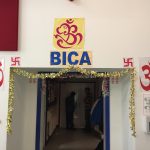