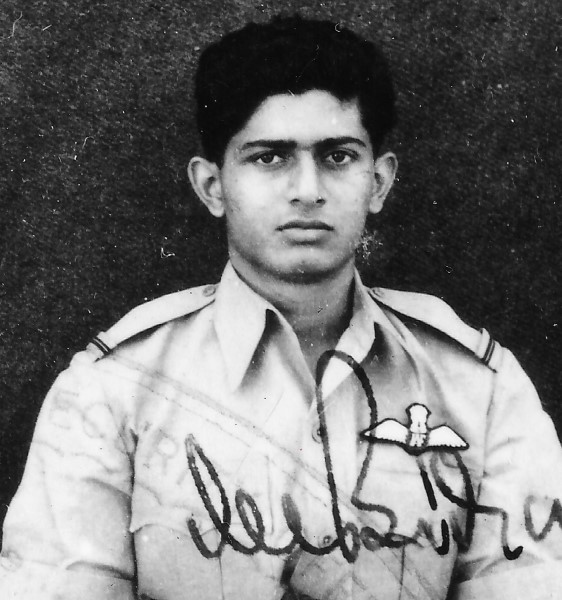 Flt Lt Babul Guha was born in West Bengal to Professor Dr Prafulla Chandra Guha. He finished his schooling at St. Joseph’s Boys High School, Bangalore(now Bengaluru). After completing his education, he joined the Air Force. He made himself competent to make his dream come true. At last, that covetable day, 1st April 1956, arrived in front of him to join the Indian Air Force(IAF). According to the IAF, he was eligible to join the flying stream. He obtained training as a fighter pilot as part of the 68th Pilots’ course. By 1965, Flt Lt Babul Guha had completed almost nine years of his service life as a professionally eligible and dedicated fighter pilot rather than a soldier of the IAF. As a reward for his competency and dedication to his job, he was promoted to the post of flying instructor at PTE(Pilot’s Training Establishment) to train the young IAF pilots. He was married to Ms Swapna, and later they had a son named Arindam.

The year 1965 had an importance in the history of India as the war was started with Pakistan suddenly, and all the pilots of PTE had to take part in air operations against the enemy.

In 1965, Flt Lt Babul Guha was posted to 1 Squadron, the oldest squadron of the Indian airforce, raised on 8th October 1932. It had a wing No. 1 Squadron Air Force noted as ‘Tigers’ came into being on 1st April 1933.
Ironically, it was established at Drigh Road, Karachi, Pakistan and equipped with 4 Westland Wapiti aircraft(the biplane aircraft with a maximum speed of 362km/hour)and 6 RAF trained officers and 19 Hawai Sepoys(now called air soldiers). In 1939, it was commanded by Flt Lt Subrata Mukherjee, who became the Indian airforce chief.

On 7th September 1965, Flt Lt Babul Guha was vested an offensive air operation operating Mystere aircraft from Adampur airbase at the highly protected Sargodha(Pakistan Air Force airbase located west of Lahore and one of the three combatant air commands) when the enmity with Pakistan broke out under the command of Wg Cdr O.P.Taneja. According to Wg Cdr O.P.Taneja’s planning, on the same day, the IAF launched a wave of sorties(33sorties) against the tightly closed PAF complex at Sargodha. Their mission was successful, except one of the pilots, Sqn Ldr A.B.Devayya, had been shot down by a PAF’s F-104 aircraft.

Flt Lt Guha was ordered to participate in the two Mystere aircraft strike missions, which reached Sargodha airfield in the afternoon. Then he and the other pilot faced the alert PAF’s ethereal and ground-based forces. The ground-based troops shot down the aircraft when it flew by the other pilot. At that time, Flt Lt Babul Guha was engaged in a dogfight with an aircraft flown by PAF’s pilot Flt Lt Malik. During the dogfight of around 1540 hours, a sidewinder air to air missile shot Flt Lt Babul Guha’s plane. Initially, Flt Lt Babul Guha was declared ‘Killed in Action(KIA)’. However, some unconfirmed sources have stated that he was still now alive a few years back and kept at various prisons along with the other missing 53 Prisoners of War(PoW). But unfortunately, Pakistan Government never acknowledged their existence.