The famous Red Fort of India 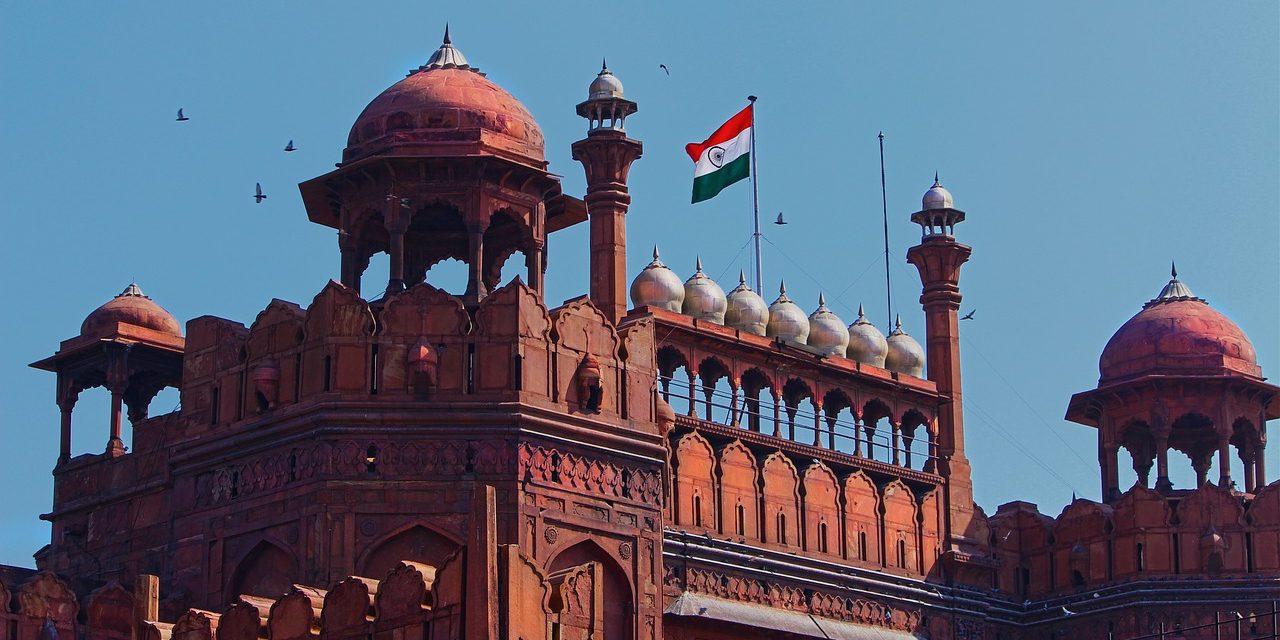 Red Fort is a renowned and attractive building complex along the Yamuna River, surrounded by several constructions that reflect Persian, Timurid and Indian architectures. Popularly known as ‘Lal Qila’ to the world. It was assigned for construction by the preeminent emperor of the ‘Mughal Dynasty, Shah Jahan, on the 12th May 1638 with a decision of shifting after a tenure of the ruling of eleven years at ‘Agra’ to Delhi.

This iconic monument of India was born on the foundation of a dream of a magician of art. The famed architect Ustad Ahmed Lahori also established himself as his uniqueness, deductively constructing the world’s seventh wonder, the ‘Tajmahal’, a cenotaph of Mumtaz, the beloved consort of Mughal Emperor, Shah Jahan.

The Mughal emperor Shah Jahan shifted his capital from Agra to Old Delhi(the then name was Shahjahanabad, followed by the emperor, Shah Jahan). On 13th May 1638, the emperor laid down the foundation of the ‘Qila-e-Mubarak’ or the blessed fort in this new capital city, Shahjahanabad, in the holy month of the Islamic festival Muharram. The construction of Qila was completed on 6th April 1648. It is rumoured that in the 11th century, a red fort was set up primarily by the Tomara king Anangapala whereon the ‘Qutb Mosque’ has now fixed its whereabouts. Although Red and white were both Shah Jahan’s colours of fascination, the fort was not painted red by him; instead, the British were responsible for that. This world-famous masonry was initially in the shade of white. So, this famed construction adopted its historical name ‘Red Fort’ by the British. The then people of India translated this as ‘Lal Qila’ for their convenience. This citadel took its position along the Yamuna River, from which the trenches surrounding most of the walls are plumped. After the Mughal emperor Aurangzeb, the noted successor of emperor Shah Jahan, the administrative and economic condition took its obsessed shape and outcasted the Mughal dynasty to declination. Taking the opportunity, the Persian emperor Nadir Shah invaded the Mughal dynasty and quickly conquered the strong Mughal army of two Hundred thousand soldiers. The second Bahadur Shah Zafar, the last representative of the Mughal dynasty, was unseated from his throne by the British, deported to Rangoon. Hence, they descended that famous dynasty almost to an end that had been carried away over two centuries. However, the ‘Imperial Mughal Rule’ had existed until the year of great ‘Sepoy Mutiny, 1857′(a remarkable rebellion against the British).

One of the prominent parts of the ‘Red Fort’, ‘Diwan-i-Khas’ was initially adorned with silver and gold, but unfortunately, due to gradual inadequacy of funds, that ceiling was converted from gold and silver to copper by Farrukhsiyar(also known as Shahid-i-Mazlum), the Mughal emperor in the year 1712, subsequently by the Jaths and the Marathas also. This renowned fortification was focused on capturing, plundering and attacking several times between the years 1739 and 1857 by Ahmed Shah Durrani(the founder of the ‘Durrani Empire’ and the founder of the modern state Afghanisthan), Marathas, Sikhs and the British. Ahmed Shah Durrani had to pay Marathas a lot for the silver ceiling of Diwan-i-Khas due to the amassment of funds in favour of the defence of India in the year 1760. The Sepoy Mutiny,1857′ had ended the rule of the ‘British East India Company’ instead of the ruling of the queen of Great Britain in India. Hence the British Colonial Rulers’ governance commenced in India. They acquired the fort and looted many precious objects of ancient such as the ‘Kohinoor Diamond’ and the crown of the last Mughal emperor Second Bahadur Shah. The British rulers demolished gradually almost all of the inner structures of the fort except the white marble building(i.e. Pearl Mosque). But it was an astoundment that the Viceroy of India, Lord Curzon, decreed to rebuild all the demolished buildings and restore all the gardens in 1899.

Among all the Red Fort premises, constructions, such as the Diwan-i- Aam, Diwan-i-Khas, the Moti Masjid’ and the Nahr-i-Bihisht(stream of paradise) are like crowns which are ornamented with the fort.

The Diwan-i-Aam(hall of public audiences) is a giant rectangular hall room measured by(80×40)feet, which has 60 red sandstone pillars supporting a flat roof, consisting of three aisles, with a facade of nine arches was built between 1631-1640. To the entrance of the Diwan-i-Aam, there is a ‘Naubat Khana'(drum house) from where the musicians played during ceremonies. This enchanting hall also houses an ornamented alcove in the marble-panelled wall and is set with precious stones. In this alcove, the royal throne was placed. The private apartments that lie behind the throne consist of rows of pavilions connected by a continuous water channel with an ivory fountain fitted with a central marble basin, known as ‘Nahr-i-Bihisht. Diwan-i-Aam is an important hall room where the Mughal emperor Shah Jahan and his successors allowed the civilians to hear their griefs and inconveniences.

Diwan-i-Khas, the hall of private audiences, smaller with a pavilion of white marble with precious stones, rectangular and measured by(90×67)feet, was built in 1648. Cultural events were performed, and important meetings with kings, ambassadors, courtiers and nobles in private were held here. Both the Diwan-i-Aam and the Diwan-i-Khas of the palace were adorned with rich drapery and enfolded with silk from China and velvet from Turkey.

‘Moti Masjid’ is a white marble mosque housed inside the Red Fort complex in Old Delhi, India, located to the west of the Hammam and close to the Diwan-i-Khas. It was built by the Mughal emperor, Aurangzeb, between 1659 and 1660. One of the oldest mosques in the city, ‘Moti Masjid,’ shines like a pearl in the moonlight night. Hence it is called the ‘Pearl Mosque. Apart from those above mentioned, there are some other buildings inside the Red Fort such as Rang Mahal(painted palace), the Mumtaz Mahal(converted to a museum), the Khas Mahal(1- tasbih-khana, the chamber of ‘Telling Beads’, 2- the sleeping chamber, ‘khwabgah’, 3- the wardrobe, ‘Tosha-khana’, 4- sitting room, ‘baithak’), the Hammam(a place of public bathing associated with the Islamic world and was inherited from the model of the Roman thermae, located to the north of the Diwan-i-Khas), Hayat Baksh Bagh(life bestowing garden, is the largest of the gardens in the Red Fort in Old Delhi, stretched around 200 square feet).

The fort’s construction is irregularly pedimented in shape. It holds several gates such as ‘Lahori’, ‘Ajmeri’, ‘Kashmiri’, ‘Mori’, ‘Turkman’ and ‘Delhi’ gates. Besides these, entertainment halls, projecting balconies, Chatta Chowk(a long passageway containing a market located behind the ‘Lahori Gate’ and set within an arched passage) are also inside the complex. The Red Fort stands with its sibling ‘Salimgarh Fort’ adjacent to this renowned castle. It was built in 1546AD in Old Delhi by Salim Shah Suri of ‘Sur Dynasty’ on a former island of the Yamuna River with fortification against foreign invasion keeping the Yamuna on one side and the Aravallis on the other. It also worked as a barrier against the erosion of the Yamuna. Surprisingly it was transformed into a prison during the reign of the Mughal emperor, Aurangzeb.

The ‘ Salimgarh Fort’ connects itself with the Red Fort through an arch bridge built by Bahadur Shah Zafar. The gate between both the ramparts was named ‘Bahadur Shah Zafar Gate’. The Red Fort also encircles ‘Shah Jahan’s Palace’ inside its complex. The Red Fort is attracted by its lovers essentially for its historical amusements and its architectural wonders. Apart from those, it is famous for its light and sound show at night inside the fort premises (except on Mondays, the weekly holiday of the Red Fort). On every weekday, this enchanting festival takes place in the evening for an hour. It is a mental recreation and a powerful medium of learning about the history of the fort. This show ends every time with a short speech of the first honourable prime minister of independent India, Pandit Jawaharlal Nehru(popularly known as Chacha Nehru).

Independent India’s first prime minister, Jawaharlal Nehru, unfurled the tricolour, our pride, the national flag of India at the Princess Park grounds near India Gate but not in the Red Fort. The singing of our national anthem and 31-gun salute were followed on 15th August 1947. Since then, every year on 15th August, the most covetable and holy day of every Indian, the ‘Independence Day, the honourable prime minister of India hoists the national flag of India at the Red Fort and delivers their precious speech to the citizens from this fortification. This fort was denominated a UNESCO WORLD HERITAGE SITE in 2007. Since then, it had been managed by the Archeological Survey of India(ASI).

The Red Fort opens its gate for the tourists at 7:00 a.m. for the day and closes the same at 5:30 p.m. except for its weekly holiday, Monday. The tourists may spend from 2 to 3 hours of their valuable time. The authority of the Red Fort charges its tourists of Indian citizens, citizens of ‘SAARC’ and ‘BIMSTEC’ nations Rs.10 and for other foreigners Rs. 250. And no charges are embedded for the children below the age of 15 years. It is better to plan for a visit to the Red Fort complex from November to February. Tourists can make their videographies with pay of RS. 25 per camcorder.

The capital city of India, Delhi, is well connected with railway and airlines from every corner of India. For the convenience of the tourists, they can avail themselves of Metro rail(Underground). The nearest Metro station is ‘Chandini Chowk’. They can hire an autorickshaw or a taxi from the Metro station. The DTC buses are available from every corner of the city to the Red Fort.

Suppose the tourists are intended to stay a couple of days and nights. In that case, they can avail themselves of so many hotels adjacent to the Red Fort, bearing all kinds of amenities at an affordable rate. 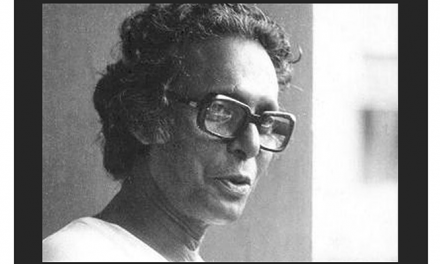 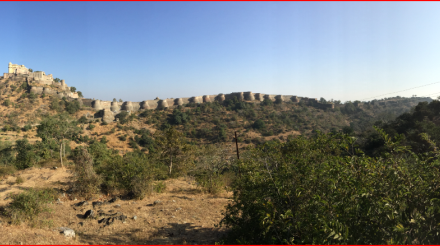 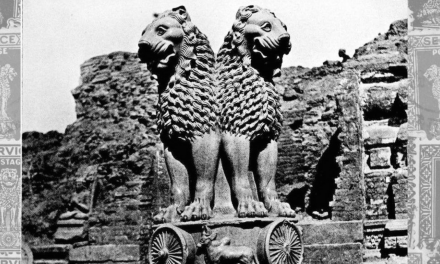 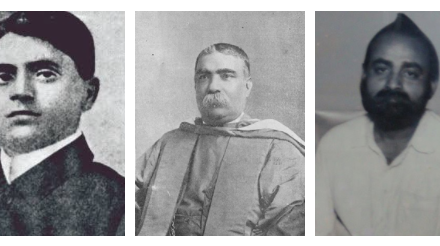