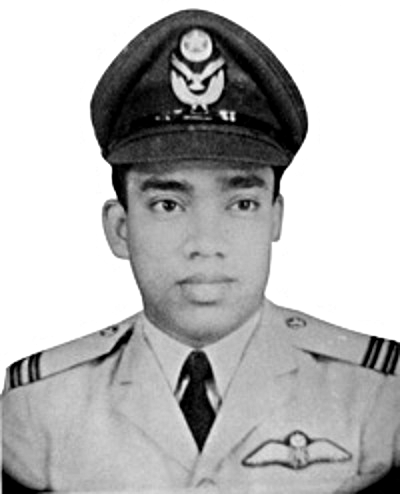 Every year on 16th December in India, MuktiJuddho, or the Bangladesh Liberation War, is celebrated passionately. It reminds India of one of the finest achievements it achieved in its history. Thousands of Indians and Bangladeshis fought shoulder to shoulder and sacrificed their lives during the revolutionary war of 71. One such soldier of Bangladesh was Matiur Rahman.

Matiur Rahman was born in Dhaka on 29th October 1941. He completed his primary education at Dhaka Collegiate School. After that, he was admitted into Pakistan Air Force Public School at Sargodha in West Pakistan. In 1961, he joined PAF academy, completed the Jet Conversion course, and was commissioned as a Pilot officer in the Pakistan Airforce in 1963. He saw combat against India in 1965, won Sitara-e-Harb 1965 and was promoted as Flight Lieutenant. He was given various postings for eight years, including one in ISI HQ; he served with distinctions on each occasion.

In 1971 he went to Bangladesh with his family for a vacation when his life took a massive turn. The Pakistani army launched Operation Searchlight, a pogrom that had claimed millions of lives later on. Upset by the instability in the country and treatment of his compatriot’s by the West Pakistani establishment, Rahman formed a defence force in Bhairab. The Muktijoddhas (Resistance force) blew up the strategic Buriganga bridge, and in retaliation, PAF napalmed the camp on 14th April 1971. Perhaps this incident influenced Rahman’s mind. Rahman returned to Karachi in May but was treated with suspicion. Actually, not just him between 1970 and 1971, all Bengali origin officers in the Pakistani armed forces were treated with suspicion. He was given ground duty as an Instructor Pilot at Masroor base. Bengali Officers were pretty much segregated and under surveillance most of the time. The whole situation convinced him to steal a fighter jet and defect to India or severely damage Pakistani military installations.

On 20th August 1971, newly commissioned Pilot Officer Rashid Minhas was taxiing his Lockheed T-33 Jet trainer, call sign ‘Bluebird-166’ for a scheduled flight when Rahman stopped him. Minhas thought of it as a surprise check by the senior officer. Before he could understand the situation, Rahman jumped into the instructor seat and forced him to fly. In the meantime, Minhas managed to send a message to the control tower about a possible hijack. PAF sent two F-86 Sabres in pursuit, but they could not detect the aircraft as the radar could not locate the low-flying T-33. The struggle to control aircraft went for some time till it crashed near Thatta of Sindh province, killing both pilots, just a few kilometres from the Indian Border. Matiur’s dream of joining the liberation movement remained incomplete.

Post-crash, an investigation report showed Matiur’s body, and a replica pistol was found several hundred meters away from the crash. The ground witnesses said the Jet was flying erratically just before the crash. The plane’s tail section was also damaged, which may have been due to the loose canopy being blown away and hitting the tail section. Another theory is that Minhas ejected his unstrapped trainer, which is probably why Matiurs body was found further down from the ejection seats; he was not found wearing any parachute or an oxygen mask, possibly due to the hurriedness of the event. Whatever may have been the cause, the canopy hitting the tail caused the Jet to nose dive. Witnesses said Minhas, at the last moment, tried to pull up with the aircraft’s flaps were down, but the engine stalled. Investigators believed that this was why probably the aircraft went out of control and crashed quickly due to low altitude. Minhas’s body, strapped to his ejection seat, was found a few hundred yards away from the crash site.

The Pakistani establishment buried the report, made Minhas a hero, and told the world that Minhas had crashed the plane to stop Rahman from taking the aircraft to India. Minhas was initially recommended for Sitara-e-Jurat(P), but after the CIC of the Pakistani army and President at that time Yahya Khan khans intervention, Minhas was awarded Nishan-e-Haider(P), Pakistan’s highest military gallantry award. In contrast, Matiur Rahman was classified as a traitor. Matiur’s wife and two infant daughters were taken into custody, and his body was thrown into a shallow grave. His photograph was hung outside the PAF base with Gaddar(Traitor) written on it. After the Independence, Matiur was awarded Bangladesh’s highest honour, ‘Bir Sheshtho’, for his actions and devotion towards his motherland Bangladesh. Successive Bangladeshi governments tried to repatriate the mortal remains of Matiur, but it took almost three decades and a formal request from the Bangladeshi government led by Begum Khaleda Zia. His body was exhumed and flown back to Bangladesh on 24th June 2006. He was given a military burial at the ‘Martyred Intellectuals Graveyard’ in Mirpur, Dhaka.

Bangladeshi Airforce named their Jessore base after him. BAF also gives out a trophy on his memory for best performance in the flight training. 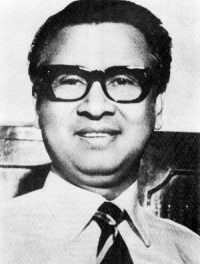 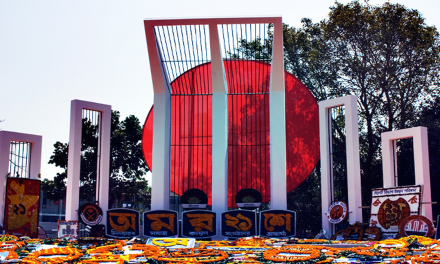 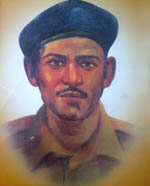 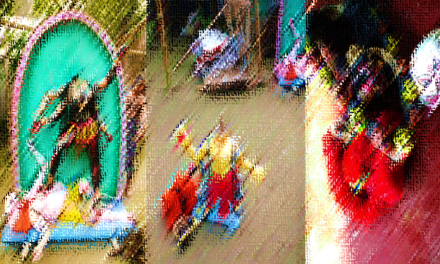